Can Excess Energy From Solar Power Damage The System?

This excess energy is generally not wasted but can be used in different ways:

How Excess Energy Is Stored In Batteries?

Over time, this process of discharging power can damage the battery. It is especially significant with smaller batteries that form part of a solar system. However, excess power is also referred to as an opportunity load because it presents the opportunity to be used in other ways.

How To Float Electricity With A Charge Controller?

A charge controller is activated when the battery in a solar system is fully charged. The controller then distributes or floats the excess power to other designated areas. The system can be set up to float the electricity just about anywhere however, appliances, or electronics, that are constantly running are the best options. For example:

It is highly recommended to have a certified electrician install a charge controller and set up a solar system for floating electricity. Also, keep in mind that floating will only occur when excess electricity is generated by the solar array and discharged by the battery.

How To Return Excess Electricity To The Grid?

A solar system can be set up to return excess energy to the power grid. Most power companies provide credits or a small cash incentive for solar power that is generated by their consumers and returned to the grid. While this isn’t exactly a money-making enterprise, it can reduce a monthly power bill for a system that is partially on the grid.

You also need to keep in mind that this is the most sustainable and eco-friendly option as the power that is returned to the grid isn’t being wasted. The savings can also be used towards investing in larger batteries that will reduce the amount of wasted electricity generated by the solar array.

Excess energy itself cannot do any damage to the solar system as it is simply discharged by the battery. However, over time, this process of discharging can damage the battery faster than if it was not discharging excess. This is especially true for smaller batteries. On the other hand, larger batteries are costly and can contribute the greatest cost to solar power installation for a home.

Just because the excess power generated by a solar system is largely wasted, does not mean that it isn’t produced. The best way to protect your solar system and battery from being damaged by this excess is to float it, return it to the grid or invest in a larger battery.

If you are looking for a trusted local solar company in Hervey Bay, please contact us today at GCR Electrical Systems on (07) 4120 7004 or leave an enquiry if you would like more information about our solar installation services. 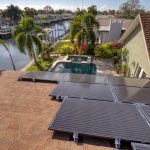 How Does A Solar Electric System Work? 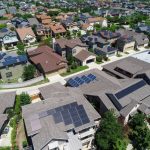 How Does Solar Energy Reduce Your Power Bill

The quarterly average electricity bill in Australia ranges from around $340 in...

Solar energy is free, clean and easy to tap. It involves harvesting the energy...

Will My Solar Panels Produce Power When The Sun Isn’t Shining?

Solar panels can save homeowners a lot of money on their utility bills, but have...

Uncategorised
May 10by GCR Electrical Systems

How Can Solar Energy Help Your Commercial Business?

The solar power industry has grown rapidly over the last couple of years, making...